Dagpo Rinpoche was born in 1932 in Tibet and at a very young age was recognized by the thirteenth Dalai Lama as a reincarnation of an important Buddhist teacher.

When he was six years old he entered the Bamchö monastery in the Dagpo region where he learned to read and write and also learned the basic principles of Buddhism.

At thirteen years of age he entered Dagpo Shedrup Ling in order to study Buddhist philosophy. Eleven years later he continued his studies in the large monastic university of Drepung, close to Lhasa. There he was admitted to Gomang Dratsang, one of the four colleges of the university. 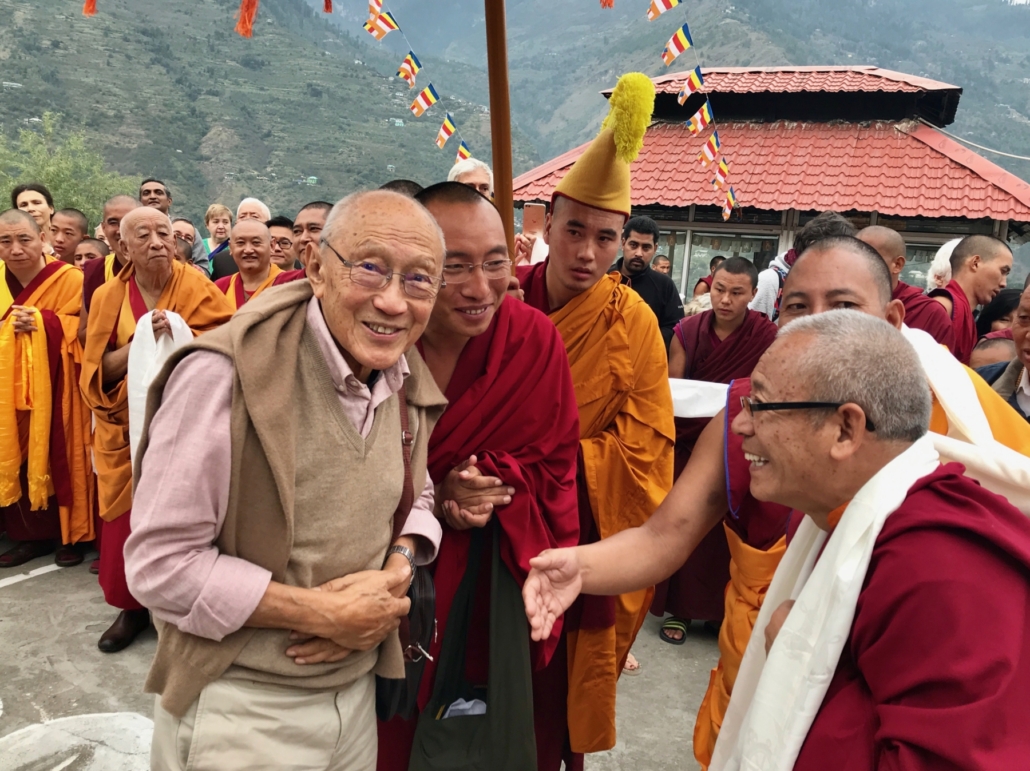 Guided by some of the greatest twentieth century Tibetan masters including the tutors of the Dalai Lama, Kyabje Trijang Rinpoche and Kyabje Ling Rinpoche, the fourteenth Dalai Lama himself and the Mongolian master Geshe Ngawang Nyima, Dagpo Rinpoche was educated in the purest and strictest monastic tradition. Under their guidance Rinpoche studied the Five Great Texts, Tantra (Rinpoche received many initiations and performed many retreats) and astrology, grammar, poetry and history. 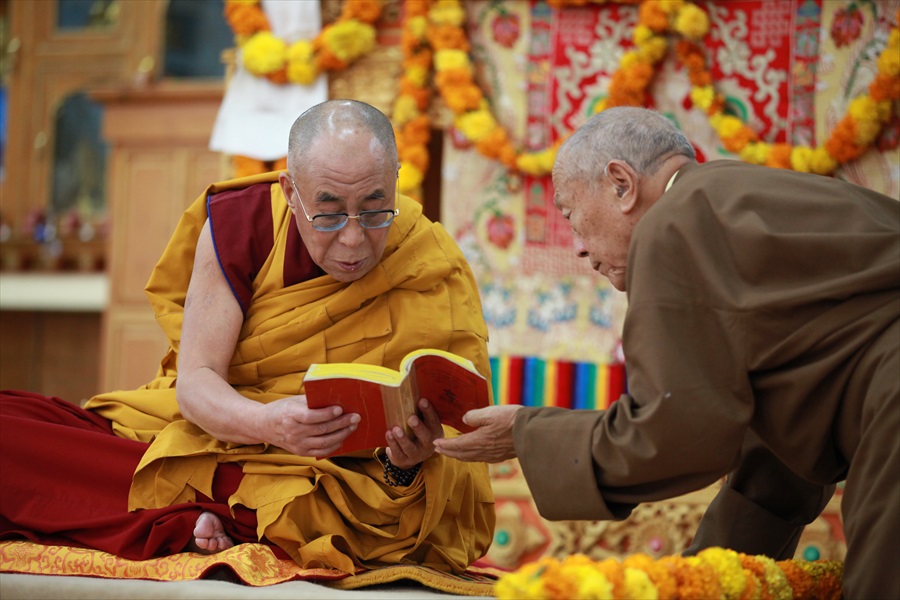 In 1959 Dagpo Rinpoche fled to India. Less than a year later he was invited by the Rockefeller Foundation to France to assist French tibetologists in their scientific research. From 1961 until his retirement in 1993 Rinpoche taught Tibetan language and civilisation and Buddhism at the School of Oriental Studies, (I.Na.L.C.O.) a part of the Sorbonne. He has co-authored a number of books on Tibet and on Buddhism. Now retired, he continues his personal research, practice and studies. 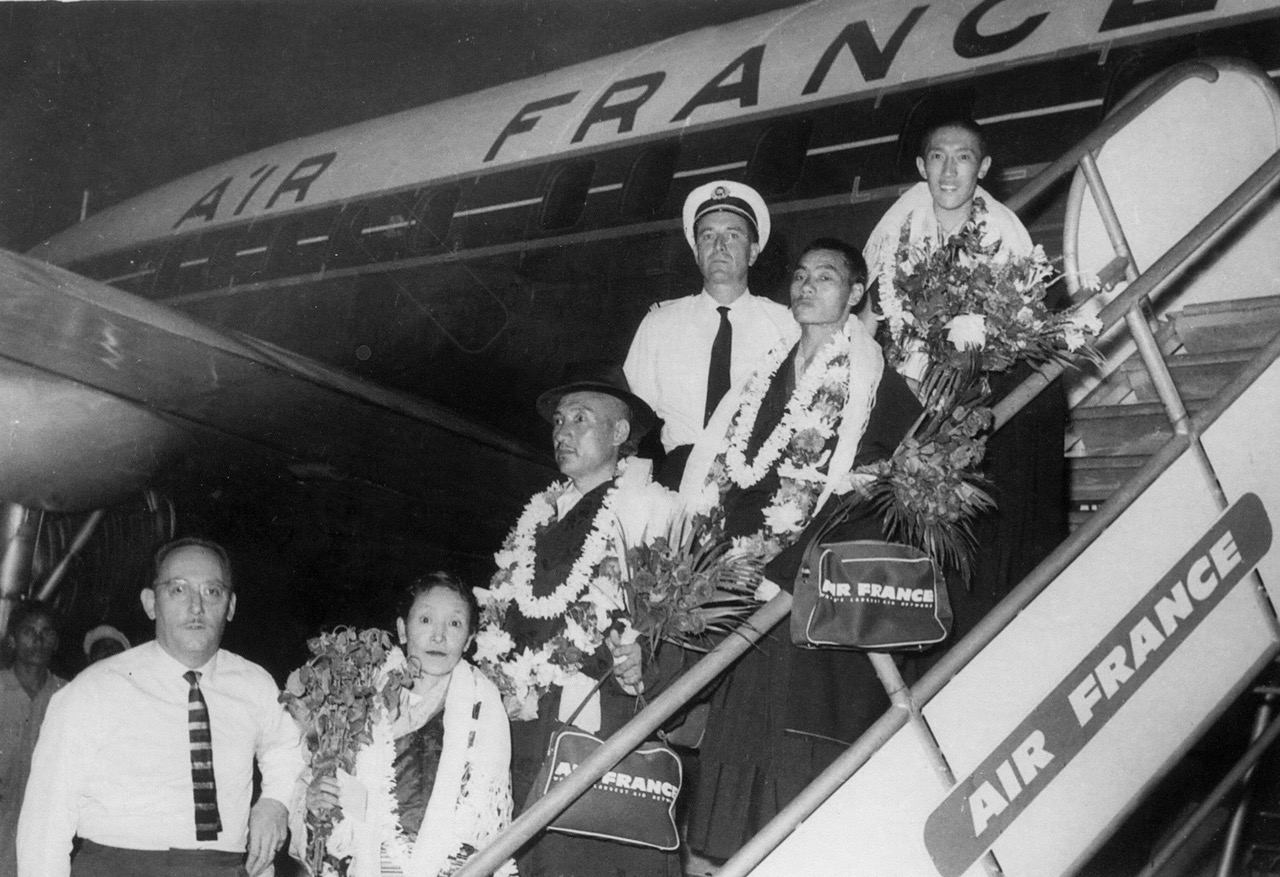 In 1978 Rinpoche founded a Dharma centre in France, which received Buddhist congregation status from the French state and became Ganden Ling Institute in 1995. In 2005 a new temple was inaugurated in Veneux-les-Sablons, where study weekends and retreats under the guidance of Dagpo Rinpoche are organized regularly.

Since the late seventies Rinpoche has shared his vast knowledge of Buddhism with a wide public. On their request he teaches in various European countries, in Asia and in the United States. He has founded additional Dharma centres in the South of France, the Netherlands, Switzerland, Malaysia, Indonesia and India. Up until now, he has traveled to India almost yearly to maintain contact with his teachers and monasteries.

In 2005 Dagpo Rinpoche completed a long term project, the reconstruction and transfer of the Dagpo Shedrup Ling monastery to the Kullu valley in Northwest India. 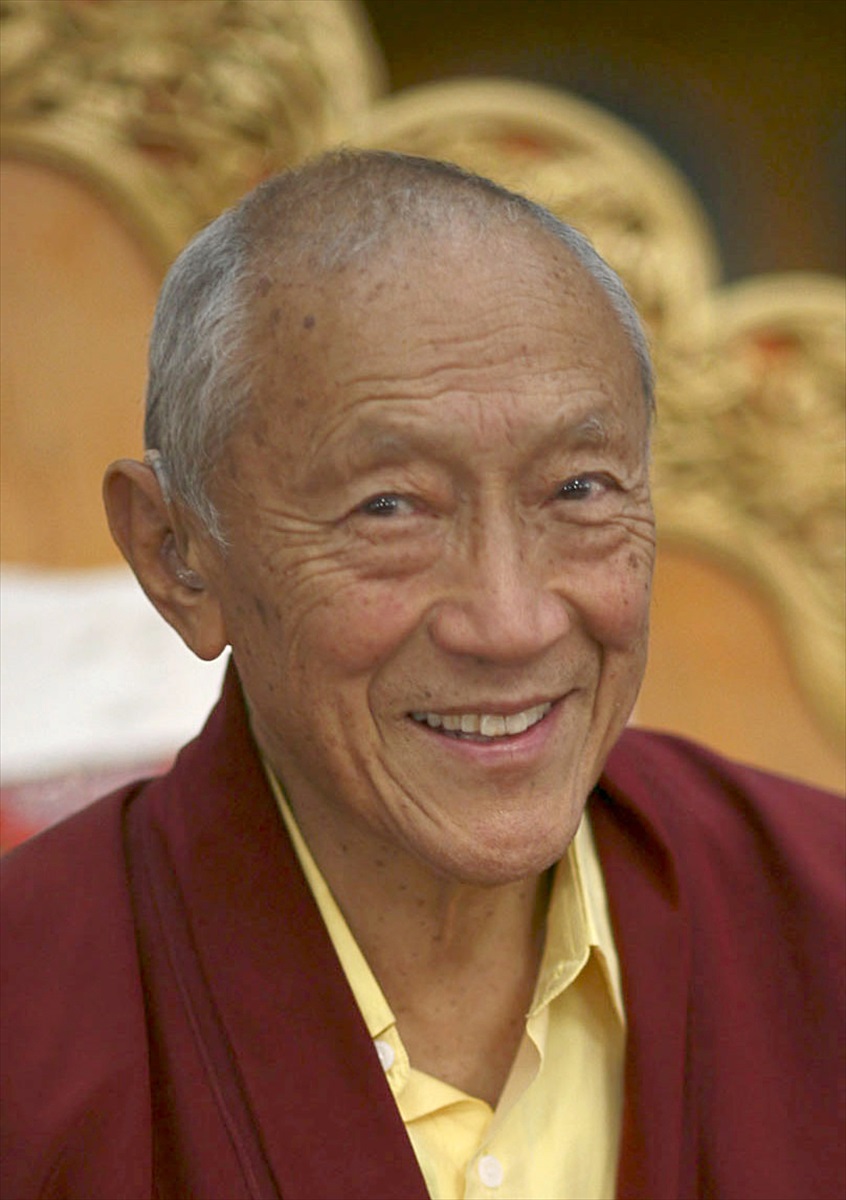 The following masters are some of his previous incarnations:

This bodhisattva who lived in the era of the previous Buddha. He was known for his great devotion to his spiritual master and for the remarkable way he followed him. He sold his own flesh to be able to make an offering to his master. 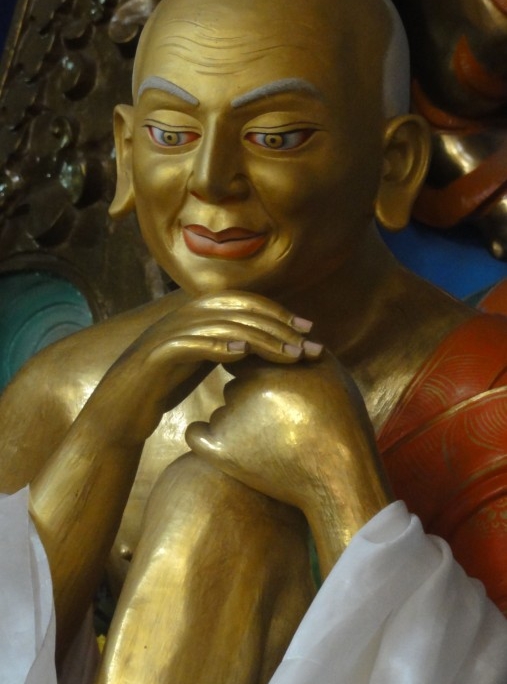 This Indian scholar was a disciple of Acharya Vasabandhu and the author of Vinayasutra, a fundamental treatise on monastic discipline. 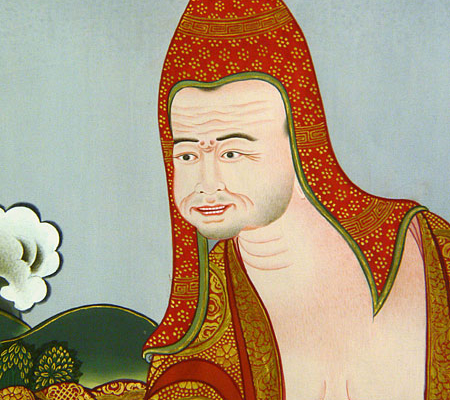 Lama Serlingpa was the main master of the great Indian teacher and scholar Atisha Dipankara Shri Jñana who travelled thirteen months by sea to receive important instructions from him on how to generate the spirit of enlightenment (bodhicitta). Lama Serlingpa taught him both the lineage of Maitreya, The Seven Point Instruction of Causes and Effects and the lineage of Manjushri, Exchanging Oneself With Others. In the 11th century Atisha played a vital role in renewing Buddhism in Tibet. For that purpose he wrote The Lamp for the Path to Enlightenment, an exhaustive account of the spiritual path and the source of the Lamrim.

More recently both masters, Survarnadvipa and Atisha, found themselves in the same master-disciple relation when Atisha was born as Pabongkha Dorje Chang (1878-1941) who received teachings on bodhicitta from his master Dagpo Lama Jamphel Lhündrüp the predecessor of Venerable Dagpo Rinpoche.

Suvarnadvipa Dharmakirti is the author of an important Mahayana work The Wheel of Sharp Weapons, (Tib. blo-sbyong mtshon-cha ‘khor-lo). 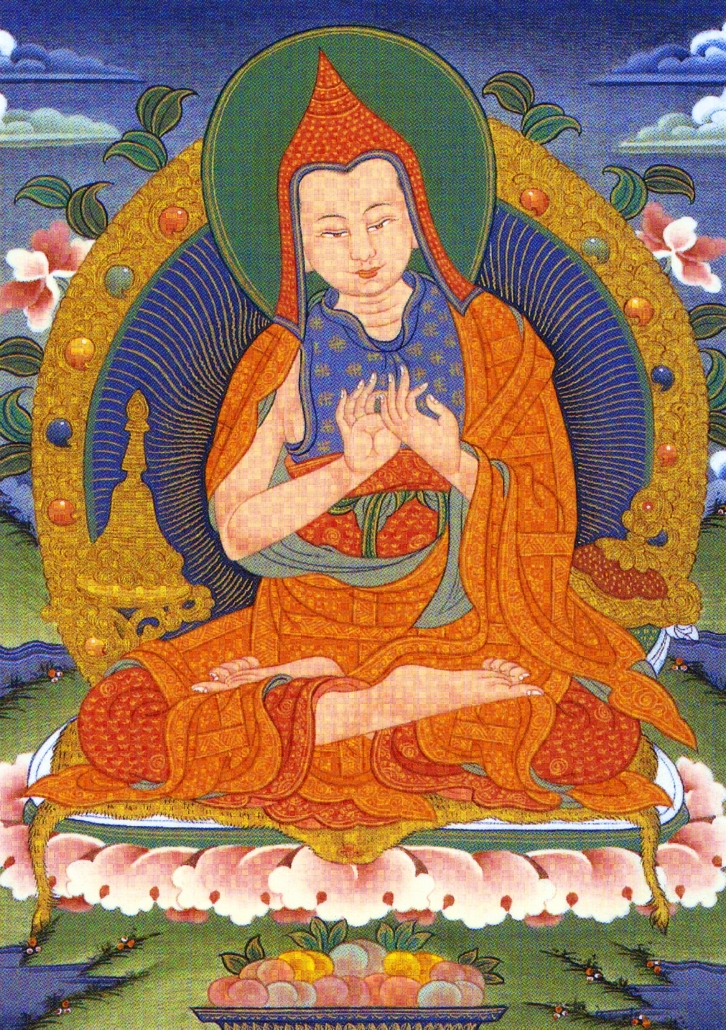 Marpa the Translator lived in Tibet and founded the Kagyu Order and guided the famous yogi Jetsun Milarepa to complete enlightenment. 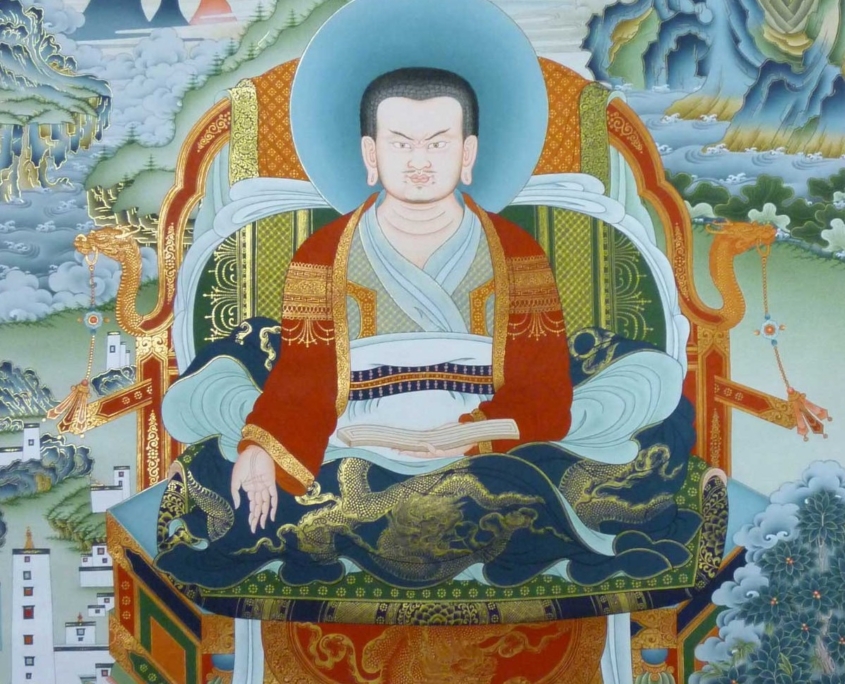 Longdröl Lama was a disciple of the seventh Dalai Lama, Kalzang Gyatso. Just like Milarepa he had a hard youth. After intensive study and meditation he became one of the most celebrated masters of his time teaching great scholars such as Könchök Jigme Wangpo, the reincarnation of the omniscient Jamyang Shyepa. Both, master and disciple are authors of some extensive works.

Dagpo Lama Rinpoche Jamphel Lhündrüp Gyatso was Venerable Dagpo Rinpoche’s predecessor and the abbot of three monasteries¬: Dagpo Shedrup Ling, Bamchö and Dungkar. He played an important role in renewing the teachings of the lamrim, the stages of the path to enlightenment, in central and southern Tibet and had a large following. His most famous disciple was Pabongkha Dorje Chang (1878-1941), who in the summer of 1921 taught the lamrim during 24 days in Chusang Ritrö, some miles west from Lhasa. More than 700 students were present including His Eminence Kyabje Trijang Dorje Chang who transcribed this special teaching. We know this work as the famous text Liberation in Our Hands (Tib. rNam-grol lag-bcangs). 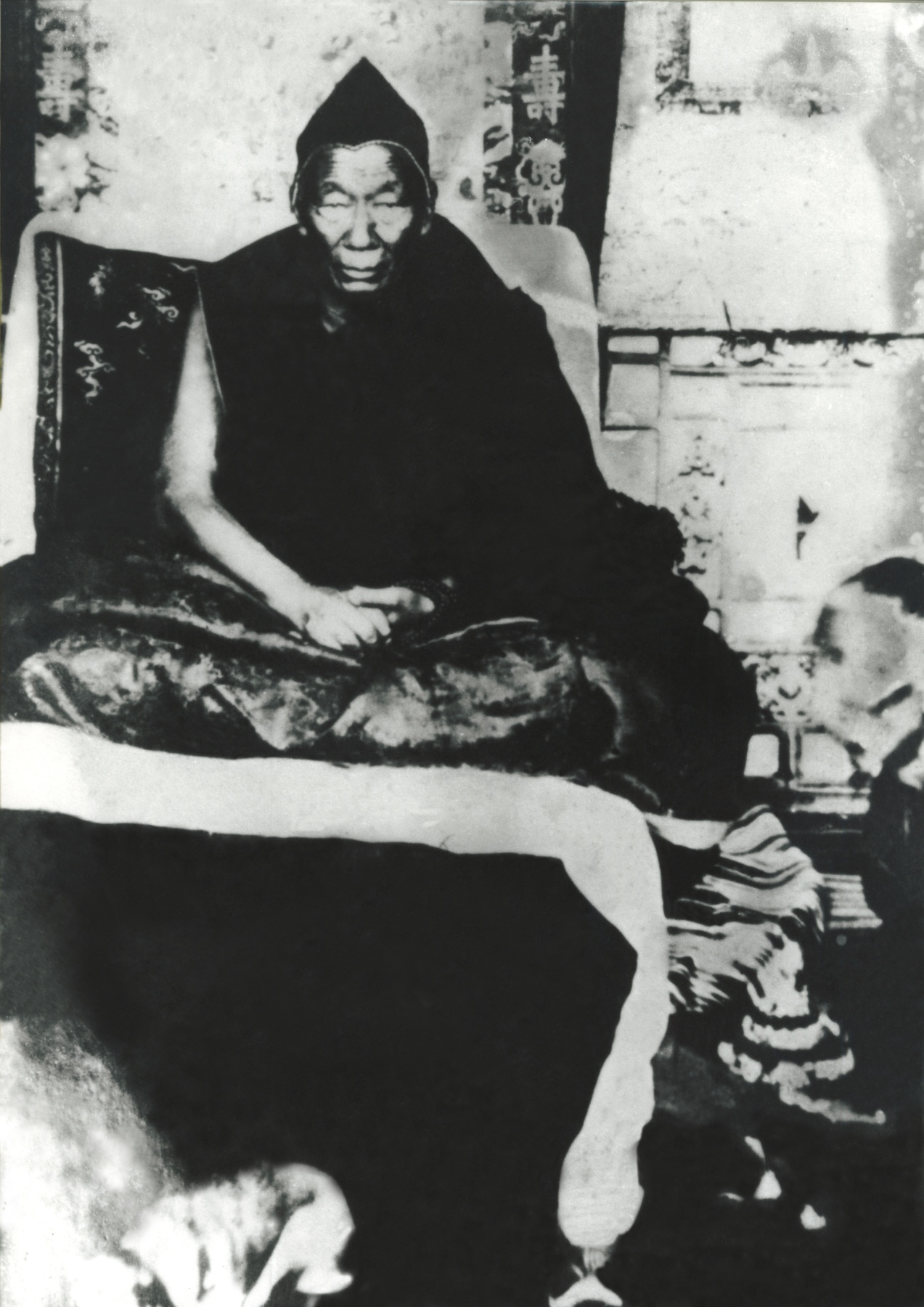